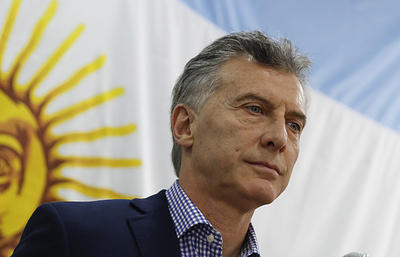 Argentine President Mauricio Macri said on Thursday that a team from the International Monetary Fund would arrive in Argentina next week, Trend reports citing Reuters.

Macri negotiated the $57-billion standby agreement with the IMF in 2018.

Opposition leader Alberto Fernandez, who is now expected to win the presidential election in October, has said he would seek to "rework” the agreement.