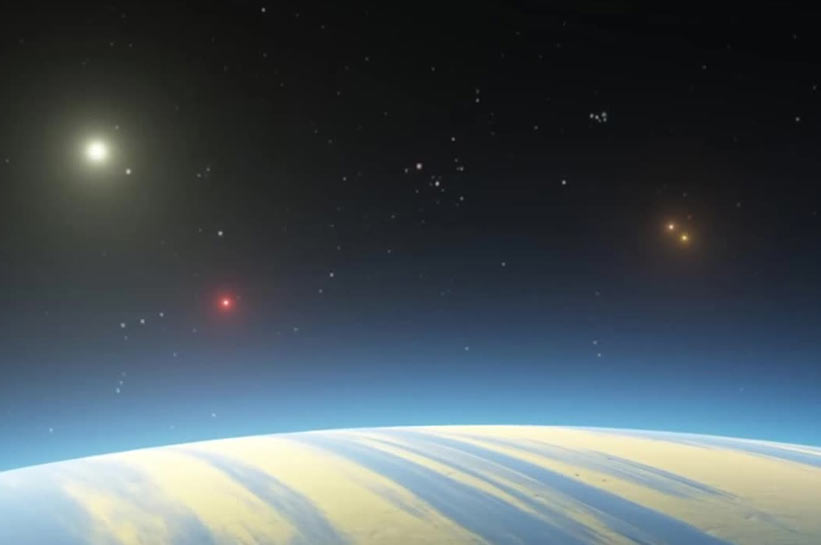 An international team representing 15 institutions including Northwestern, Oxford, the South African Radio Astronomy Observatory in Cape Town and the National Radio Astronomy Observatory in Virginia has discovered a gigantic, balloon-like structure hiding in plain sight, right in the center of the Milky Way, reports Trend referring to Xinhuanet.com.

The radio-emitting bubbles seen by MeerKAT reach hundreds of light-years tall, dwarfing all other structures in the central region of the galaxy, and can easily penetrate the dense clouds of dust that block visible light from the center of the galaxy.

The team believes the enormous, hourglass-shaped structure likely is the result of a phenomenally energetic burst that erupted near the Milky Way's supermassive black hole several million years ago.

"The center of our galaxy is relatively calm when compared to other galaxies with very active central black holes," said Ian Heywood of the University of Oxford, first author of the study. "Even so, the Milky Way's central black hole can, from time to time, become uncharacteristically active, flaring up as it periodically devours massive clumps of dust and gas. It's possible that one such feeding frenzy triggered powerful outbursts that inflated this previously unseen feature."

The discovery, posted on the website of Northwestern University (NU) on Wednesday, has been published in the journal Nature.